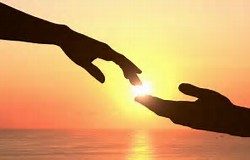 How do we define tragedy ? The definition below is from Merriman-Webster but, regardless of how the word is defined the experience of trauma and/or loss is a very unique and personal.  Tragedy is almost always combined with unexpected timing and results. Therefore, adding the element of shock and disbelief.

The recent mass shooting in Las Vegas is no doubt a tragedy. This event struck home for me personally when I awoke on the morning of October 2nd to a barrage of text messages. The first text was from our oldest son, Brett letting us know he was safe and that we would soon hear about the tragic events that had occurred in the town he had moved to the week before to pursue a position as a traveling nurse. He also informed us he was headed to the hospital to assist in the ER with the victims of the mass shooting. In addition, to the text from our son, I received multiple text regarding a girlfriend of mine who was at the concert and, praise the Lord, Sharon was also safe but very shaken up. Throughout, the next 24-48 hours I was able to communicate with Brett and Sharon. Each was processing the events of the day in their own way. Sharon was still in a state of shock and highly focused on catching her flight to return back to safety and her family. Additional stress and frustration were added on as her belongings were in “lockdown” in her hotel room at the Mandalay Bay Hotel.

In contrast, our son Brett reported that the ER had responded inline with the extensive training that a trauma hospital receives on continual bases. Patients were triaged to surgery, ICU or treated and released from the hospital. For Brett, this experience was everything he had trained for and he was challenged with the opportunity to serve and provide care for those affected by the largest mass shooting in America.

One element that Sharon and Brett both witnessed was the goodness of the human spirit. Each told stories of people helping others. Sharon described moments when strangers banned together to share cell phone service to call for help or notify a loved one of their whereabouts. She also shared stories of seeing individuals rip off their shirts and create a tunicate for a fellow injured concert attendees. She saw groups of people flag down passing vehicles and load the injured into the vehicles to be transported to local ER. Brett saw the arrival of those injured and a waiting room full of folks who had assisted others to receive the emergency medial care they needed. Brett also reported on the overwhelming support from other hospitals from around the country that sent food and words of encouragement for the medical staff, administrators and family members of the victims.

Circumstances fell into place on that dreadful day for my friend Sharon and she was able to catch her flight and return safely home. However, her sense of shock and disbelief took several days to decrease. This event has been life altering for her. She still experiences anxiety with loud, unexpected noises. She has retained her love for live music, but has chosen to stay with smaller, indoor venues for the time being. Brett is continuing through his 4- month traveling nurse commitment in Las Vegas. His skills in mass trauma have been sharpened also creating a life altering experience for him.

When tragedy strikes we all experience different degrees of shock and disbelief. Obviously, the closer we are to the actual event impacts the level of trauma we experience. We may never know the answer to “why” this tragedy occurred or what would have been the motivation of the shooter on that day. The closes explanation we may have to settle on is that evil does exist on our world. Fortunately, goodness and the ability to serve and care for others also exist within us.

Often when tragedy strikes we find ourselves asking, ”what can I do?” I believe from the eyewitness stories Brett, Sharon and others in Vegas we saw answers to that questions. Reach out, connect, act, protect, serve, and pray. We may not be on the scene of an actual tragedy, but the listed actions can be taken even at home, if in no other way but to reach out, connect, or prayer for those effected.